Family Constellation in Berlin-Zehlendorf and Berlin-Neukölln

“For me, you are part of the family!”

Family Constellation Berlin. Family Constellation is a systemic therapeutic approach which, according to the idea of the constellation work, reveals how much attached we human beings are to our own family systems. Both our present family and the family of origin can play a major role in this.

The depth of this attachment goes far beyond from what we consciously perceive. According to the idea of Family Constellations, we unknowingly and unconsciously take on the unhappy emotions and difficult destinies of still living or long deceased relatives. These systemic burdens can then manifest as problems in all aspects of our lives: in love, friendship, work or even affect our physical and emotional health.

With the help of Family Constellations, these burdens can be fathomed. It’s an attempt to evolve from a life in which we are conditioned by our systemic burdens to a self-determined existence, by transforming our family system into an energetic power source for ourselves.

Family Constellations and the Morphogenic Field

At the heart of the Family Constellations approach lays the idea of an energy field known as The Morphic Resonance Field. This idea was borrowed from the work of biologist Rupert Sheldrake and applied to the family constellation work. The concept of the morphic resonance field served as Sheldrake’s explanation for the specific characteristics that form self-organised and unified systems –be it of a biological or of a chemical nature, or even within society, as seen in the formation of social systems. Although the concept has been discredited by many in the scientific community as pseudo-science, it is still being discussed by individual representatives of various scientific fields.

When applied to Family Constellations, it means that every family has an energy field in which, among other things, strong emotional memories from relatives within the family system shall remain stored, regardless of space and time. Furthermore, these emotions should be invocable and perceptible, just as one might playback a musical recording on a CD. Perceptions manifest themselves in the form of feelings, impulses, physical symptoms, thoughts and inner images independent of whether the initial source of the perception is deceased or still living, whether we know them or not, whether they are nearby or on the other side of the world.

Family Constellations and the Representative Perception

Sigmund Freud had previously used the term representative perception to describe the appearance of strange feelings as a symptom in one of his patients. Family Constellations work with these strange feelings: at the beginning of a group constellation, some participants are chosen to stand as representatives for specific members of the client’s family. They are distributed within the room where the constellation takes place and asked to feel their “roles” as representatives, paying attention to any physical sensation they might perceive. They may, for example, feel paralysed or suddenly cold, or sad, or angry. They should also stay alert to any particular emotions they might feel towards the other representatives in the field, be it feelings of attachment, affection, repulsion or anxiety. They should also observe if they feel any impulse to move closer to another represented relative or move away instead, or maybe they need to lay down on the floor or even leave the room. Perhaps they have the urge to break out in tears or laughter, or experience any other feelings.

Family Constellations and the Movements of the Soul

The representatives then give into these impulses and urges, and a “moving relationship image” arises. This is what is known as Movement of the soul, and it is here where the client’s systemic strain becomes visible within a family constellation: truly conflicted relationships, secret alliances, hurt or frozen feelings, breaches of trust and deadlocks, etc. According to the idea of Family Constellations, a person can unknowingly have adopted unhappy feelings of a living or long deceased member of his family system, mistaking these feelings for his/her own, which can cause a significant systemic burden for him or her, not to mention the severe negative consequences that derive from this:

A young man suddenly starts suffering strong panic attacks due to the faith of his grandfather, who fought as a soldier in World War II. A woman struggles with trust and anger issues in relationships because her grandaunt was abandoned by an unfaithful husband. A young artist’s creativity is stuck due to the unconscious connection to an ancestor who was killed by the Nazi regime for expressing his political dissent.

Family Constellations as a Phenomenological Process

Within the constellation work, the unfolding of the Movement of the soul and the way it’s handled by the facilitator is recognised as a phenomenological process: the facilitator follows the phenomena that shows up and tries to support it in its own inner dynamic, as opposed to imposing constructs and analysis of his personal interpretation. In other words, the facilitator tries to avoid hanging onto his own interpretation and instead, tries to stay open-minded at all times, reacting to the dynamics that develop in front of his eyes at that specific moment, reducing his interference to the minimum. Whenever the movement feels interrupted, the facilitator tries to provide targeted impulses by which the Movements of the soul can continue to flow, until they reach a state of stillness and peacefulness. It is then when the client, according to the Family Constellations approach, is freed from his systemic burden. 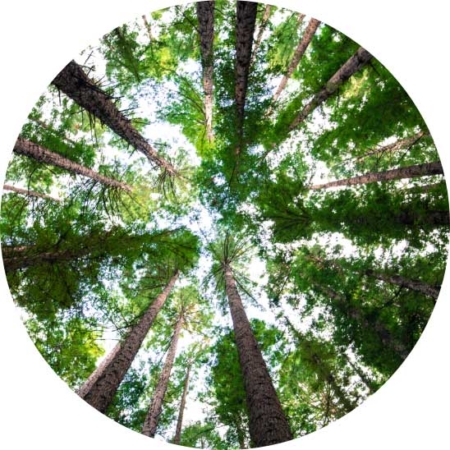 I offer my services in English, German and Spanish.